What About the Reformation?

Sunday, South Shores Church remembered the Reformation 500th Anniversary with a video (Thanks, Ligonier), a song ("A Mighty Fortress is Our God"), and stories about Martin Luther and the importance of the "Five Solas" (Check out Pastor Ty's Sermon), which fit perfectly into our discussion on persecution from Matthew 5:10-12. However, as the 500th Anniversary came and went, maybe you were left wondering: "What do I need to know about the Reformation?"

Thankfully, the people over at The Gospel Coalition released an article to help you answer that question. View it in its entirety here, 3 Things Every Christian Should Know About the Reformation by Michael Reeves, or read these brief excerpts below: 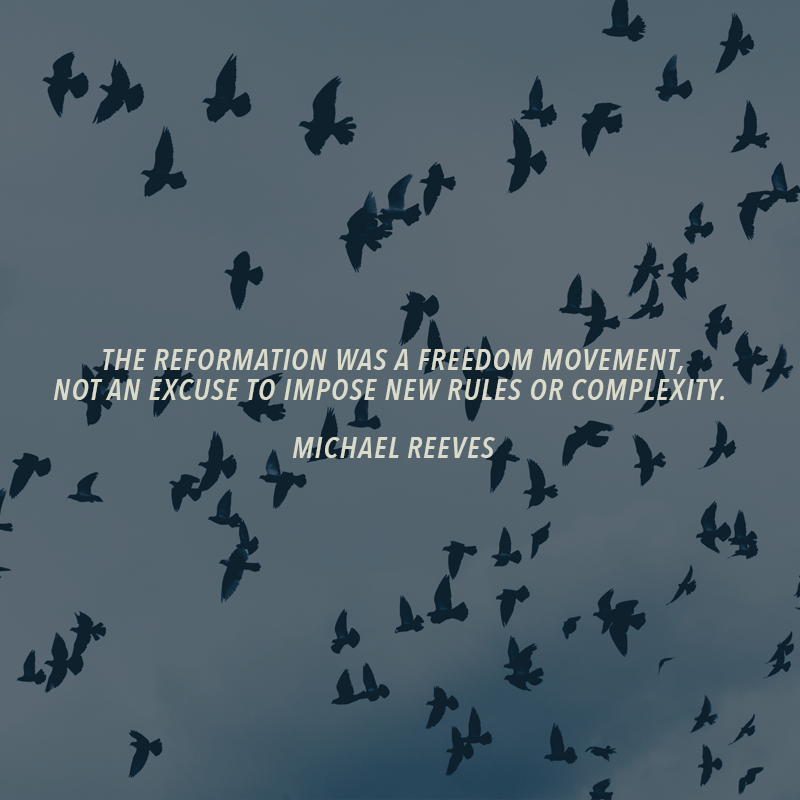 Here are three things every single Christian should know about the Reformation.

1. IT WAS ABOUT HAPPINESS.

The Reformation was a story of one man discovering to his delight that, with God, it the other way around. God does not love people because they have sorted themselves out. He loves failures, and his love makes them flourish.

So Luther was concerned with people’s happiness. In fact, he would come to believe, he had found the secret of happiness. And that, at its heart, was what the Reformation was all about. Not moralizing. Not self-improvement. It was a discovery of stunningly happy news, news that would transform millions of lives and change the world.

2. IT WAS ABOUT FREEDOM.

...when Luther wrote a short book to explain his discovery, he called it The Freedom of a Christian. In it we find that the Reformation was a freedom movement, not an excuse to impose new rules or complexity.

In fact, Luther argued that the gospel was breathtakingly straightforward. He said the good news he had found was like the story of a wealthy king (representing Jesus) who marries a debt-ridden prostitute (representing one who trusts him). The girl could never make herself a queen. But then the king comes along, full of love for her. And on their wedding day he makes his marriage vow to her. With that, she is his, and the prostitute becomes a queen. He takes and bears all her debts, and she now shares his boundless wealth and status.

Likewise, the greatest failure who accepts Jesus Christ gets to share his righteousness and status. What happens is a happy status-swap: When Jesus died on the cross, he absorbed and dealt with all our guilt and failure; and out of sheer love he now shares with those who trust him all his righteousness and life.

3. IT WAS ABOUT THE FUTURE.

Consider these words, written by a team of scholars in Westminster, England, in the 1640s: “Man’s chief end is to glorify God, and to enjoy him forever.”

Those words capture the heart of the Reformation. For what Luther’s discovery had made abundantly clear was that God is glorious: beautiful, good, kind, and generous. We can therefore actually enjoy God. Not hate. Not avoid. Not appease. Enjoy. ... The gospel had so transformed Luther’s life that he was able to look to the future with unshakeable hope and assurance that he would enjoy the living God forever.

And there could be no better hope for hurting, hopeless people today.